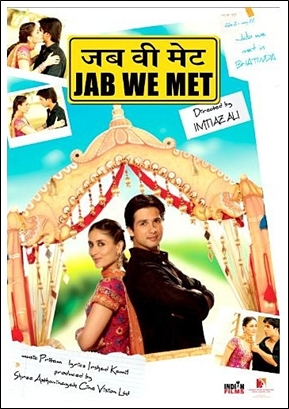 Jab We Met (When We Met) is another in a long line of couples on the road pictures, This one, a 2007 release, stars Kareena Kapoor as Geet, a chatterbox of a girl, and Shahid Kapoor as Aditya, a depressed scion to a vast industrial empire.

The way these things usually work is that the two leads meet acidentally. Naturally it is hate at first sight. Unexpected circumstances and hardship will keep them together for a while, but there’s always another player waiting in the wings. Misunderstandings and miscommunications cause them to separate, only to be re-united in the last reel. And they’ll live happily ever after. That’s the overview of many of the aforementioned long line of road pictures that teamed up a man and woman. Not unexpectedly, it is also the overview of this film.

Here, Aditya is despondent (best case scenario), and/or suicidal (worst case scenario). His father has passed away, his mother has run off with another man, and the corporate empire is teetering on the brink of bankruptcy. And if that wasn’t enough, the woman he loved, has dumped him and married another man. One day he just walks away from a board meeting. He’s in a haze, or is it a fog, or maybe it’s simply a major depression. He finds his way to a train station in Mumbai, and he boards the train. He doesn’t know where the train is going. He doesn’t care either. 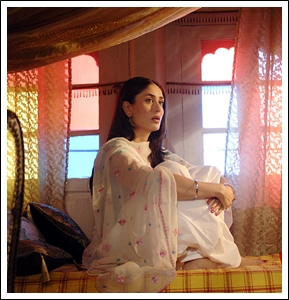 Enter Kareena Kapoor as the non-stop talking Geet. She tries to draw out Aditya (he had mistakenly occupied her seat on the train). He’s not interested in talking. So she continues to talk – about herself. ‘I’m heading home to Bhatinda, and from there, I’ll meet my boyfriend in Manali so we can elope.’ Yadda, yadda.  Calling her exuberant would be a massive understatement.

END_OF_DOCUMENT_TOKEN_TO_BE_REPLACED 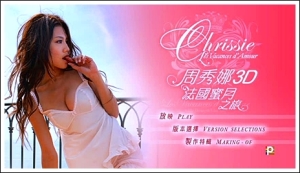 Hong Kong’s super-model Chrissie Chau lights up the screen as she and a crew from Hong Kong do a tour of France. From Nice to Marseilles, and then on to Paris. Chrissie attracted passerbys wherever the production took them. She’s a high-spirited woman as well as a high-energy model.
The production is partially in 3D with four scenes in that mode, as well as the standard 2D. And there is a Blu-Ray version as well as a standard definition DVD. All in all, both the DVD and Chrissie Chau are quite a package. 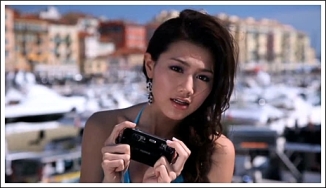 END_OF_DOCUMENT_TOKEN_TO_BE_REPLACED

Eat Pray Love opened today. On the surface, it looks like a woman’s film about finding’s one balance, a search for happiness, and the eternal quest for self discovery. This is of course an internal journey, but in the film they’ve added in an actual amount of real physical travel. But going to some pretty interesting as well as visually attractive destinations like Italy, India, and Bali may help a viewer enjoy the film without necessarily giving the film any more depth.

Directed by Ryan Murphy from the Elizabeth Gilbert book about her own journey to self-fulfillment, the film is sort of a search for all the new age answers in all the old if not familiar places. Emphasis on the old. END_OF_DOCUMENT_TOKEN_TO_BE_REPLACED

Boy meets girl. Boy woos girl. They fall in love. They have a relationship. Then they decide to break up. And all of this involves a few years in story time but only twenty minutes in screen time.

He is Jai Vardan Singh played by Saif Ali Khan. She is Meera Pandit played by Deepika Padukone. The film is called Love Aaj Kal. and was released a year ago on July 31st, 2009. Directed by Imtiaz Ali, this film is actually about two romantic couples.

The stories cut back and forth, but even though we watch one then the other and so forth, they’re not running concurrently. One tale is that of a modern (now) romance that begins in London and travels to Delhi, India as well as San Francisco.