I caught The Good Wife today via on-demand. This is Season 7 for TGW and for the most part, I’ve been disappointed by the show’s direction, as in what the show was about, where it was heading, the new characters, and the various plot strands this year. Until now.

This episode was called KSR, and in my estimation, as well as those who cast votes or ratings on IMDB, this episode had the season’s highest ratings – that is in terms of viewer appeal as opposed to how many viewers.

And the timing was perfect as this was the show’s Winter Finale and it has just began its Holiday Hiatus. The next episode, called Iowa, will not air until January 10th

I hope the show runners, Michelle and Robert King will appreciate my efforts in giving this show and alternate title. I’m calling it Bet You Didn’t See That Coming.

That’s because almost none of the story lines ended as expected as the episode began. If I am to discuss the particulars, allow me to issue a STRONG SPOILER ALERT, in case you haven’t watched the episode yet. 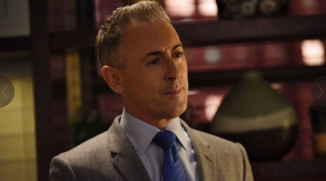 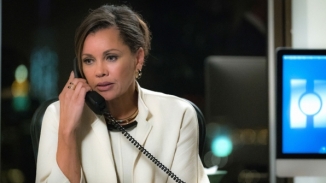 They met casually at Peter’s office, and eventually there was some sparks and some chemistry, and in this episode, Eli and Courtney are shown as lovers. Eli is on cloud nine, and why wouldn’t he be? Courtney was both beautiful and rich. 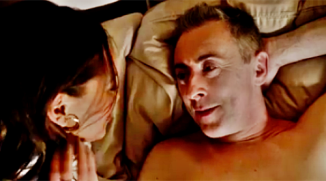 After the post-sex cuddling, interrupted by a phone call, Courtney says, Well, that was fun…

Eli’s heart-about-to-break sensor immediately switched on, And the bad news would follow. Paige was returning to California, and she said she wouldn’t return for about a year. Eli was crushed. Bet you didn’t see that coming, at least while they were still in bed. But common sense should have told you that Vanessa Williams was too big a star, meaning too costly, to be on the payroll for an extended period of time. But still, it was really impossible to have seen that coming right then and there.

Meanwhile, the associates at LA&L (Lockhart, Agos & Lee) have decided that it’s no fun working there. Too much O.T., no freedom to choose their own cases, the culture, and the lack of upward mobility were all contributing factors. So, instead of pulling an all-nighter on a hugely important case, en masse, and under the cover of night, they flew the coop. Who knew? 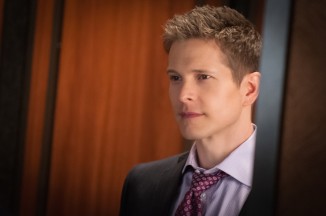 Certainly not Cary Agos. He was the first to discover that the associates had not only become the departed, but they’d also erased all the files and work product. Again who knew? The reality is that they had never even started work on the case, or even looked at it, meaning this had been preplanned. So Agos tracks them down, naturally at a convenient watering hole near LA&L. and asks for the why, and the rest of the details.

END_OF_DOCUMENT_TOKEN_TO_BE_REPLACED

Quantico, The Good Wife, Homeland, The Leftovers, Fargo, and Blindspot are all on my current list of shows that I try not to miss. However with my taking to the friendly skies in 16 hours. I’ll have to give these shows less than they deserve. Instead of full reviews, I’ll give you some highlights (if I can find any) , and mostly low-lights, as well as some golly gee moments  and mostly some gripes.[Edit] I am now in Minnesota, and despite the early beginning and the long day – these quick hits are still – a work in progress, and more meaningful, not so quick. Let’s start now, 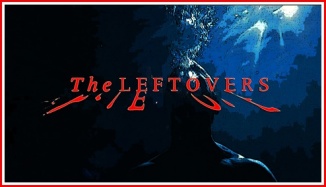 While those are the lyrics to the Iris Dement song, which also is heard behind the opening credits of The Leftovers second season on HBO,

I think those words are indeed at the heart of what this series is about. Which is to say and very much as the lyrics do – that I’m not sure, and I’m not in  a minority when I say this..

In Episode 3, called Off-Ramp, we meet Laurie (Amy Brenneman). Nowadays, Laurie is out of the Guilty Remnant (GR). as is her son Tommy. Together they are working to destabilize the GR. Laurie is writing a tell-all book about her time in the GR, and Tommy ostensibly remains in, as an undercover. His job is bring out some folks from the grip of GR, and Laurie’s job is that she runs a group therapy which helps people deal with the aftermath of the departures. Her real task is to help those folks recover.

Laurie looks and sounds like she’s not only made progress herself, but the episode implies that the counseling work the group does is both meaningful and is actually helping people cope. Laurie may be out the GY physically, but she still has the silence of the GR, and the menace of GR, within her. So much so that it is almost as if the GR is choking the life out of Laurie.

There are three major shocks in the episode, and their interpretation is up to the viewer. Brenneman was great in this episode, and she finally has become a character in the fullest sense.

But the underlying theme, or what lies at the heart of The Leftovers is that all the remaining people still need answers, and are not getting them. I was disappointed in this episode as it showed that while Laurie may be out of the GR, she’s no where’s near being even close to being a fully realized person.

Speaking something else not realized at all this time, was Jarden, aka Miracle, Texas. So they spent two episodes setting up Jarden for us – with all of its scars, and blemishes, and secrets only to abandon the whole place this. Why?