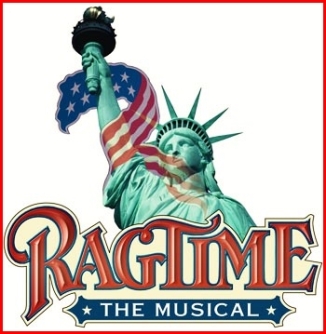 Did you ever see the Broadway show Ragtime? I was lucky enough to see it on Broadway at the end of the 1990’s. Maybe you saw a touring production of it elsewhere. Ragtime is a musical adapted from the novel of the same name – Ragtime which was written by E. L. Doctorow in 1975.

The musical theatrical production of Ragtime has a book by Terence McNally, lyrics by Lynn Ahrens, and the music was composed by Stephen Flaherty. I saw the show just the one time, and I’ve never forgotten it.

Ragtime tells the story of three groups in the United States and is set very early in the 1900’s. It was a time of great energy. The automobile had been invented – and the most notable members of that era were Henry Ford, J.P. Morgan, Booker T. Washington, Evelyn Nesbitt (the girl on the red velvet swing), Stanford White ( Mesbitt’s lover and the murdered New York architect), Harry K Thaw (Thaw’s killer), Emma Goldman (the anarchist), Admiral Perry, and the magician Harry Houdini.

To set everything in its proper place, the murder of Stanford White was called The Crime of the Century. It was 1906, and the century still had 94 years to go.

The groups included African-Americans living in Harlem, and represented by Coalhouse Walker Jr, a successful musician. 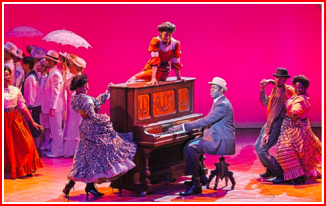 In Harlem, men and women of color forgot their
troubles and danced and reveled to the music of
Coalhouse Walker, Jr. This was a music that was theirs
and no one else’s.

The second group was the suburbanites living in New Rochelle, New York where, as the lyrics from the song Ragtime tell us: ‘The days were gently tinted – lavender, pink, lemon, and lime. Ladies with parasols. Fellows with tennis balls. There were gazebos and no negroes’. They were represented by Mother, the matriarch of an upper class white family. 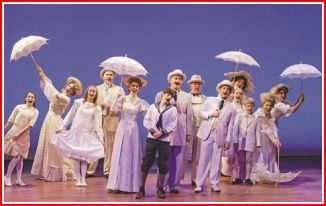