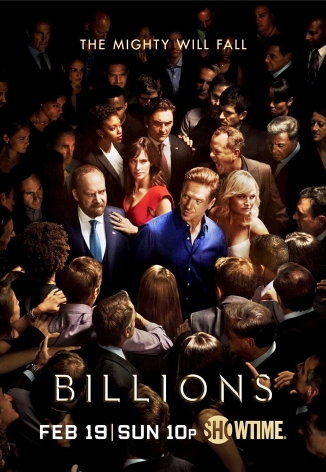 Mission Control over at Showtime launched Season 2 of Billions back on the 10th of February with an Online and On Demand preview ahead of last night’s, the 19th, broadcast. The episode commences late at night at the deserted Yonkers Raceway, which was originally opened more than 100 years ago as the Empire City Casino. Bobby ‘Axe’ Axelrod is meeting with his attorney Orrin Bach (played by Glenn Fleshler) . 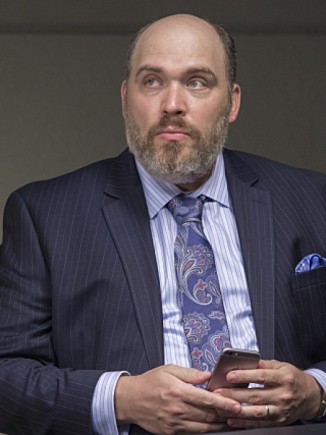 Basically this meeting is a way for Axe to describe how he became successful (he watched the parimutuel board and found that the biggest and best players bet late and bet heavy), a strategy that Axe used in the markets. We also got a clear indication of how he wants Bach to go after Rhoades with an armful of lawsuits. Then after but a few minutes we cut to a scene set three days earlier. Cue the music which begins and ends this episode (called Risk Management) , with Harry Nilsson’s Jump into the Fire.

If you are of a certain age, you may remember that song which was released by RCA Records all the way back in November 1971. From the lyrics –

You can climb a mountain, you can swim the sea
You can jump into the fire but you’ll never be free
You can shake me up or I can break you down…

Now imagine two cavemen (I’d have preferred to use ‘Neanderthals’ but the New York Times already has done so) garbed in bearskins, and armed with clubs going after each other. Alas, all we can do is imagine because back in those days, no one walked about with cell phones with built in cameras or had the ability to tweet about what they just watched. There was no media – which meant there wasn’t any fake media either. Now update that idea and replace the original ‘cavemen’ with a more modern pair  –

U.S. Attorney Chuck Rhoades (Paul Giamatti)  and Bobby Axelrod (Damian Lewis), the Hedge Fund King, have become the warriors in our new visual image. They’re struggling for dominance as the supremo of a new kind of man cave – aka the financial world that serves as a virtual Ground Zero in the TV series Billions.

Aside from the differences in clothing of the two sets of combatants, what you will come away with is the thought that the two sets of images are conceptually the same picture. Or said in as few words as possible – same, same. 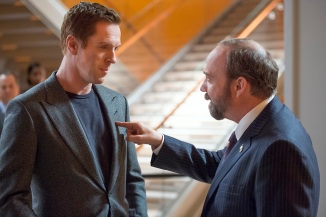 Last season, Rhoades was willing to go to any lengths to see Axe behind bars. And Axe with his billions of dollars was able withstand Rhoades and his billions of words that were gathered in the volumes of the Federal Law Codes or his blizzard of legal briefs. As you may recall, 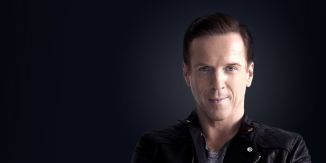 Axe virtually tore down his office building up in Greenwich, or was it Stamford, searching for listening devices which proved to be a fruitless effort. So Axe never found the bugs, Rhoades never proved his case – and his suits against Axe were dropped. But not before – 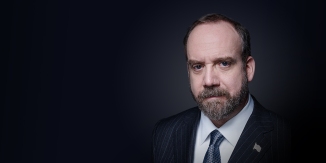 at the Rhoades domicile, Chuck had committed the unpardonable sin of searching his wife’s computer looking for dirt on Axe.