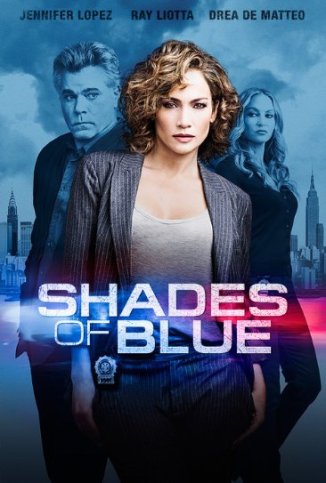 Now in 2016. we have a new cop show. This time it is called Shades of Blue. The leads are Jennifer Lopez and Ray Liotta. Here’s the jist of the pilot in just a few sentences. J-Lo plays Harlee Santos, she’s the single parent to her daughter, a student. Harlee is a detective and her whole crew plus her boss Matt Wozniak (Liotta) are corrupt. They shake down drug dealers, they rob and steal, and all under the guise of protecting the neighborhood. They are a tight group, and none of them live too high on the hog. In fact, Harlee is behind on the tuition for her daughter’s prep school. 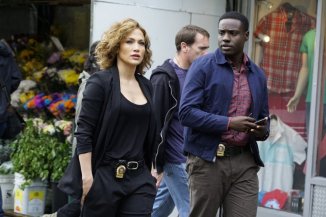 There’s no wondering involved. J-Lo turns a bad shoot by a rookie detective into a good shoot. She gives a long speech about how the detectives are family and how they all take care of each other. A few minutes later Santos and Wozniak and the rest of the crew which includes Detective Tess Nazario, who is played Drea de Matteo (you knew her as Adriana in the Sopranos_, are dividing up the take from an earlier shake-down.

As I said these blue-shielders are scuffed up, and corrupt as hell. But Santos and her rookie partner, Detective Michael Loman (played by Dayo Okeniyi) are cleared by the IA dicks. So it is back to business as usual. 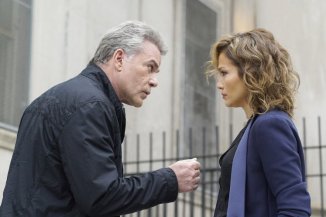 Later, Santos is putting the squeeze on a bad guy. She tells him, there’s no negotiations. He must pay her the figure she quoted or it is no deal. He hands over a bag of cash. Just then a group of police squad cars come screaming in with sirens blazing. The quick thinking Santos pulls out her gun and holds up her badge. I’m a detective arresting this guy on a bribe charge she tells these guys.

Uh oh – that won’t fly as the guy she put the squeeze on pulls out HIS Badge. He’s FBI. They’ve been following her for a while, and they suspect that Santos and Wozniak and the whole crew are dirty. The FBI guy Robert Stahl, played by Warren Kole, lays it out for Santos.

Help the FBI or go down for extorting a bribe. Then he gives a long speech about how some cops would do the time rather than rat out their pals. But he’s made a nice choice. Santos can’t help her and raise own daughter if she’s in jail.

There’s your set up. While I like Lopez, she just doesn’t seem right for the role. She wears too much make-up, too many revealing or flashy tops, and her hair always looks just so. Liotta may be a dirty cop, but in this story, he’s definitely not a bad guy.