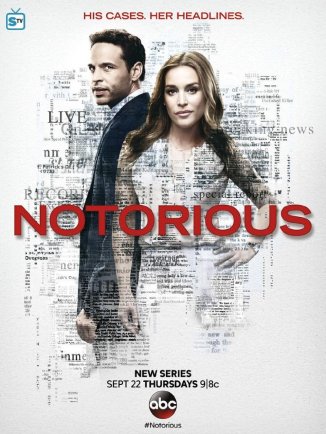 That’s right, those words came from the lips of MacKenzie McHale (played by Emily Mortimer) the Exec Producer of Will McAvoy’s (Jeff Daniels) news broadcast on the fictional cable news network ACN. The show was called The Newsroom, and it first aired back on June 24th, 2012. 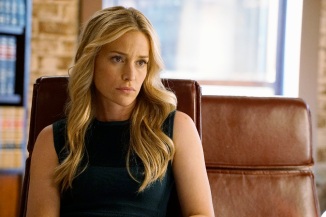 Well the expressions are back, even if The Newsroom isn’t. This time we are talking about the new series on ABC-TV called Notorious. The words were spoken by one Julia George (played by Piper Perabo), who is described as a powerhouse television producer of the number one TV News program in the country – Louise Herrick Live. 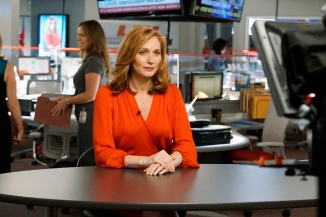 George has an unwritten agreement with a ‘charismatic’ defense attorney called Jake Gregorian who is played by Daniel Sunjata. Their agreement is to never lie to each other. 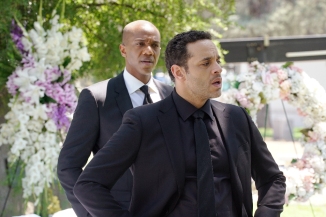 Their relationship gives them the opportunity to try to control the media, and to manipulate the justice system in the directions they want. Jake, being a high-profile defense attorney, attracts well-heeled clients who have had the nation’s spotlight turned on them for either scandals or outright crimes. Jake can get his clients or himself on Louise’s show and he can try to sway public opinion. 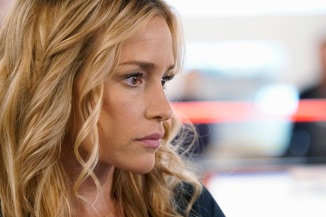 From Julia’s perspective, she’s getting exclusive interviews with the people who are making headlines on the nations newspapers every day. It seems like a win-win for both.

Only it is not that simple. Detectives are at work, as are independent investigators. What wasn’t even considered yesterday is on the front page tomorrow. Things have to be managed by spin doctors on a daily basis – and between them, George and Gregorian are doing just that. 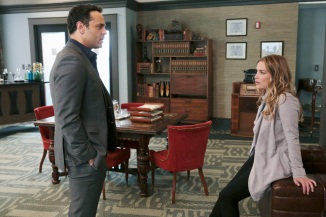 So that’s the set-up for the series. But there are complications, reversals, twists, and more often than you might think, we as the audience are misled as well.

It comes down to who can you trust?

Let’s have a look at the case that series begins with. An internet mogul, a billionaire, is accused of driving a car that was involved in a hit and run accident. Unfortunately, the victim was a young man (just 15 years old) that died as a result of his injuries. 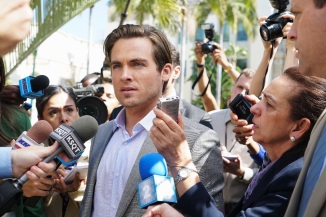 Was this dot.com honcho driving his car? Or was some one else behind the wheel?

Julia George herself is dating a man who has been just appointed as a federal judge. But there’s evidence that’s been sleeping with hookers.