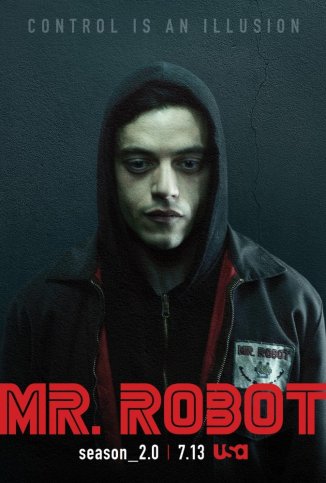 The USA Network took the wraps off its Mr. Robot Series last night, and Mr. Robot 2.0 launched. It was a two-part effort which began at 10:00 PM Eastern and finish at 11:30. I must tell you that I’ve many questions, so this is more likely to be a post written by someone who is looking for some answers rather than someone providing the answers.

I am truly a Johnny-come-lately to Mr. Robot, In fact, during its first season, which ran on USA from late June to early September last year, I saw none of it. If you had asked me who Rami Malek or Sam Esmail were, I’d have no answers. What you’d get from me would be a ‘I don’t have a clue shrug of the shoulders with my hands held out with the palms up’.

But based on a remark made to me, and Mr. Robot getting serious coverage in the Entertainment Weekly Magazine, a few weeks back, I decided to buy into what was described as a major cult hit show. So over a period of about 3 1/2 days in middle June I binge watched Season One.

Much of the time I was mystified. I did manage to catch on that Mr. Robot – played by Christian Slater, was a manifestation of Elliot Alderson’s dead father. 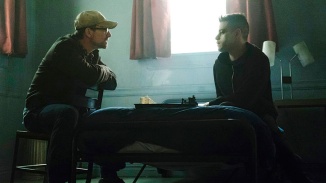 And the other big reveal was that Darlene (Carly Chaikin) was in fact Elliot’s sister. 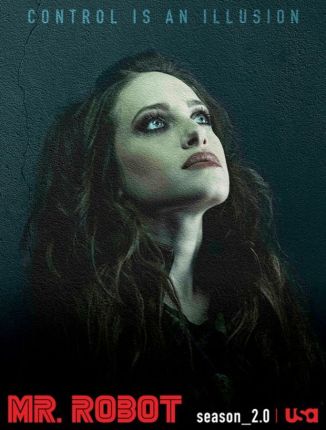 I understood that the machinations of F_Society were all intended to take down the gigantic E-Corp also known as Evil Corp. That Elliot and Mr. Robot, Darlene and the others viewed themselves as freedom fighters rather than cyber-criminals. I recognized that Elliot’s employer Gideon Goddard was played by Michel Gill.

Now Gill as President Garrett Walker had fallen victim to the wheeling and dealing of Frank Underwood in the political drama House of Cards, so I expected that he would meet an unkind demise. Yet there he was in 2.0 – however briefly. 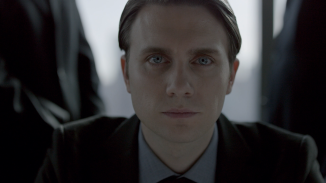 I had no idea what to make of Tyrell Wellick (Martin Wallström) other than he wasn’t to be trusted, and that he was up to no good. I was even more befuddled by his wife, Joanna Wellick (Stephanie Corneliussen) who had some peculiar tendencies to say the least. 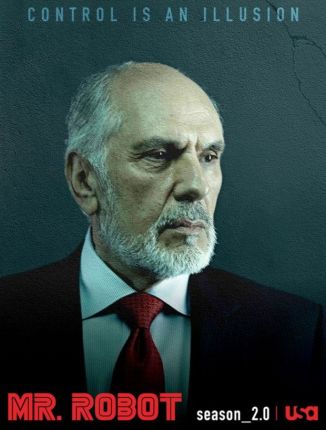 Another character that I pigeon-holed as a dark presence was Michael Cristofer who played Phillip Price, the CEO of the E-Corp. Once upon a time Christofer caught my eye as Jerry Rand in the failed NBC series Smash.