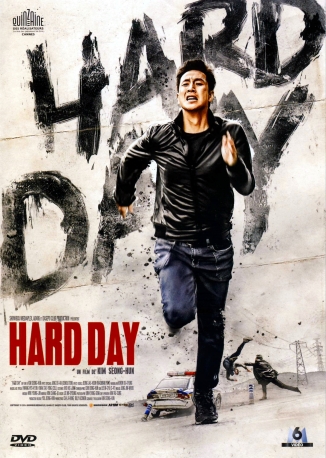 And you thought you had a hard day. How about this guy’s day which began with a double dose of bad news. His mother has died, and his wife wants a divorce. Of course he’s upset and he’s had a drink or two. While driving, he gets a call that he must visit the undertaker as his mother’s body is ready to be put into a casket.

On the way there, he’s driving and it is night. He’s not quite speeding but suddenly he sees a small dog in the road. He swerves the car to avoid hitting the dog, and a second later he hits a man in the road. The man is dead.

Our guy panics, because he knows he’s had a drink, so he decides he must conceal his crime. So he puts the body of the guy he ran over into the trunk of his car. Within minutes he drives and finds a policeman waving his car over. It’s uniformed cops looking for drunk drivers.

They ask him to take a roadside breathalyzer test. He refuses and then tries to talk his way out of it.

I’m Homicide Detective Ko of the Western Division, he tells the uniformed cop. Can you just let me through, this time. No, the uniforms have their orders. They insist. He refuses. They insist more strongly.

A struggle begins after he pushes the uniform away. He is subdued but now they want to search his car.

That’s just the opening of the film – maybe the first five or seven minutes. And from there – it’s going to get worse.

The film is entitled A Hard Day. It is a South Korean action/thriller by design, but is also a very dark film in the sense that there’s a lot of what you know as ‘black comedy’. 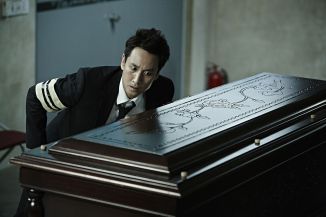 Usually that means – a serious subject, or subjects, like death and divorce, road accidents, police corruption, and violence – are given a twist. This is not say there are jokes, or one-liners, or even funny situations. But when all of the above are compounded, and you reach a series of edge-of-seat thrills all because the movie script wants to shock the audience, you’ll find relief when they take their foot off the accelerator, and you get a respite.  And that is how black comedy works. 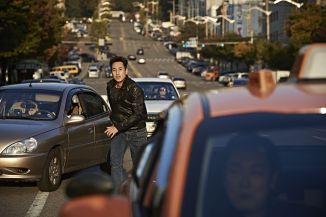 That’s when you say something like, Whew! That was intense.

But then it starts up again, and every thing is amped up not ony again, but with more intensity.

Such a film is A Hard Day. Written and directed by Seong-hoon Kim, and starring Sun-kyun Lee as the hard luck Detective Ko and Jin-woong Jo as his nemesis Park Chang-min.

END_OF_DOCUMENT_TOKEN_TO_BE_REPLACED

Q: What does your job include?

Q: What about you and your work:

A: I’m a company man like any other. I ride the same subway to work as you do.
Except that my company is rather special.
I’m currently on assignment commissioned by a V.I.P.

A: I work for a contract killing company. I’m an assassin.

Of course this interview never happened. It is just my idea and my choice as to how to best start this review. The film is called A Company Man. It is from 2012 and it is out of Korea.

If ever a film deserved to be categorized as an action thriller – this film is more than deserving. Yeah, it is about an assassin. Now I am fairly certain that becoming a hitman was never ever on my list of dreams jobs, and I think I can confidently say the same for you.

Yet, in this film, we learn that many who dreamt of exactly that are employed at this company. On its surface, it is a metals shipping firm – NCM – New Continental Metals.

Once your ID card gets you through the building security, you follow the throngs and take an up elevator. Not quite up to the clouds, but definitely high up in a downtown business high-rise. There’s a receptionist, and the office and work stations are through those doors. The men wear suits, starched white shirts, with ties, and the women are equally professional looking. They work in large cubicles, and their desks contain stacks of printouts and multi-screen computers.

Just like mine did, and I worked in financial services. 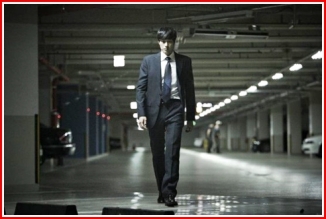 But there’s a secret sliding panel behind a particular copy machine which leads down some steps to the company core. Really, this is where the dark side of the operations division is housed.

END_OF_DOCUMENT_TOKEN_TO_BE_REPLACED 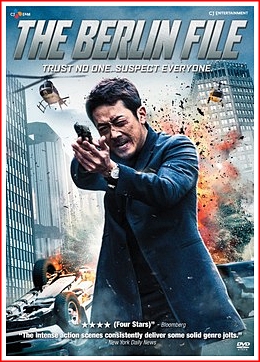 I watched this 2013 film, The Berlin File, about a shipment from Macau to Berlin. A film about arms deals, spying, assassination and defection. And it’s set in Berlin. The CIA, the Mossad, Arabs, Russians, North Koreans, and South Koreans are all a part of the story.

What or who is missing? Right, there’s no sign of Jason Bourne the man, but certainly present are the Bourne style fights.

The Berlin File comes to us from South Korean Director Seung-wan Ryoo. He’s gathered some of Korea’s top action actors along with female star Gianna Jun.

The film opens in the midst of an arms deal being discussed. We are in The Westin Hotel in Berlin. Someone is attempting to infiltrate the meeting. And from the looks of him and from what follows, he’s the hero. Or is he?

While ostensibly an action thriller, this is also a terrific spy film. It’s not so much about spycraft, coded messages, electronic surveillance, and dead drops, although we do have some of that. Instead we are asked to consider that loyalties change. The character we penned as the hero turns out to be working for the North Koreans. The character we deemed as the villain, apparently is working for the South Koreans.

And then there’s a third guy who could be working for either side. If you aren’t familiar with the actors, it does take a while before you can figure out who are the black hats and who are the white hats.

But wait, there’s more. One of the characters is apparently betrayed. Was it his wife, or was he sold out by his own country. 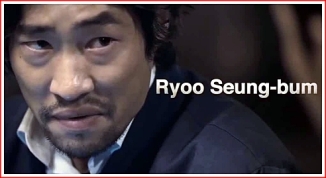 Okay all of the above means you do have to concentrate; you can’t doze off and expect to be awakened by the next gun fight. The action is quite fierce and exciting and I mean the the roof top chases, the shoot outs, and the hand-to-hand fighting.

Now I’ve seen a rather large number of films from Hong Kong that are about the triads, gang-warfare, financial crimes, and cops chasing down crooks. I’ve also watched a number of films from Japan that involved the Yakuza. But this one is my first Korean action film. I must admit that the action is superb, but there are more than a few negatives.

Guns are apparently the weapons of choice, but everyone’s marksmanship is horrible. But even with that, targets are hit, yet they struggle on – this film contains very little in the way of kill shots – at least for the principal actors.

END_OF_DOCUMENT_TOKEN_TO_BE_REPLACED

If you see a recent new release DVD on the shelves called New World, and you like gangster films, then snap this one up.

This film is from Korean film director Park Hoon-Jeung and has elements of Infernal Affairs/The Departed, as well as The Godfather, and a couple of the Hong Kong triad films by Johnny To – Election and Election 2. By that I mean that we watch a battle for succession to the Chairman position of a huge Korean crime syndicate. Along with that we have police moles aka deep under-covers and serious plotting between the rivals.

The key watch words of this film are betrayal, loyalty, duty, honor, and trust. And of course there’s another that I can bring to your attention by quoting from Scarface: Don’t underestimate the other guy’s greed.

So yes, Park’s film isn’t quite as original as you might hope for. Then again, this is probably true for many gangster movies. What distinguishes this film is that the characters are so well drawn and the actors do a stunning job.

There are basically four leads: 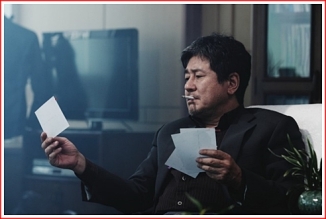 Chief Kang (Choi Min-Sik) – he’s the police chief who puts the plan (Operation New World) into motion. He’s a bit older, the least well-dressed, he’s fearless, he’s cunning, and he’s so determined that he’s more than willing to sacrifice both men and ideals to accomplish his goal. As played by Choi, he’s the epitome of sang-froid. 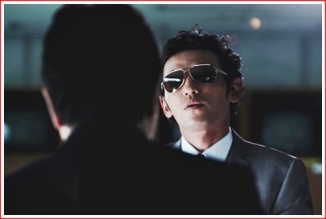 Jung Chung (Hwang Jung-Min) – he’s the flashy gangster, the Sonny Corleone of the film. He lives by the motto – if you’ve got it, flaunt it. He loves brand names. Despite his carefully orchestrated flamboyance, specifically designed to make the opposition not take him seriously, Jung is nobody’s fool. In fact he’s much smarter than we think.