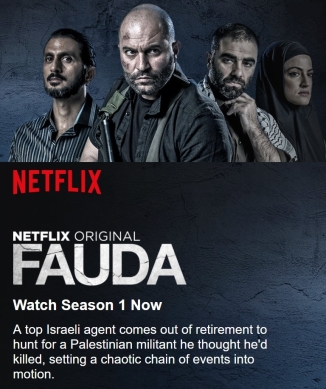 Fauda is the Arabic word for chaos. Available for streaming into your home via Netflix over the last few weeks is this strong and dark Israeli TV series about an undercover unit of Israeli counter-terrorists who live and work in Ramallah, the Palestinian Administrative capital, located in the West Bank. There are 12 episodes and each runs about 32 to 35 minutes.

To be honest, though I had heard the name of the city Ramallah before, I would be hard-pressed, if asked, to pin point the place on a map. For that matter, I wasn’t really sure where the West Bank was either.

Well, Ramallah is just about 10 kilometers north from Jerusalem. There are Palestinians who live in Ramallah who work in Jerusalem, and probably a smaller number who make the opposite commute into Ramallah. So there are lots of checkpoints for those entering or leaving Jerusalem where the Israeli military carefully check credentials, often conducting pat downs or strip searches.

Which obviously contributes to an overriding sense of tension and stress.

The series, as the image at the top of the post states, is about a man hunt conducted by this specific Israel undercover group. Doron Kavillio is the agent who had retired to a life of running a family wine business. As played by series creator Lior Raz, Doron is tough as nails, and is both uncompromising and determined.

He thought he had killed the Palestinian Hamas terrorist Abu Ahmad years ago. There had even been a funeral.

This Abu Ahmad had both not only survived, but had gone so far underground that even his own wife and children did not know he was alive. So Doron is asked to return to service.

The series opens inside of a Palestinian mosque. Some men are praying, and are interrupted by some men asking for help.

These are actually the Israelis and they are there to abduct their target, a man they believe will help them by providing some intel about the whereabouts of Abu Ahmad aka The Panther. 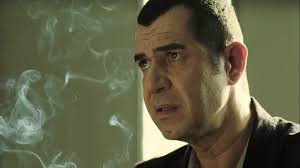 The Israelis get some intel they need by offering the abducted a kidney transplant for his daughter in an Israeli hospital; a level of care not possible under the Palestinian Authority. 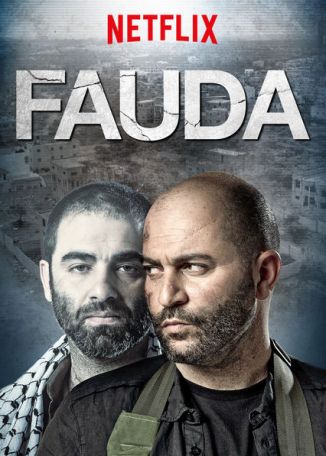 Armed with the intel, that the Panther will attend his brother’s wedding, the Israelis plan to infiltrate the wedding by posing as the caterers to gain access.

From there, the series simply takes off. There are plenty of pulse-pounding action sequences, and even when there is a lower level of activity, the stress and tension are still high. And that’s why I have called this a strong and dark series.

To survive, the Israelis must lie, or kill. The Palestinians are humanized to high degree. Obviously they are more than just the Hamas terrorists, and the series goes to great lengths to avoid boxing the Palestinians into a corner where you must feel that they deserve only your hate.