Eye in The Sky is a film about the moral dilemmas about prosecuting a war or targeting specific individuals via drone aircraft that are capable of unleashing, with pinpoint accuracy, missiles from 22,000 feet to take out terrorists, and hopefully, limit what is known as collateral damage – meaning the civilian lives. that were inadvertently killed in the attack.

This is Helen Mirren who portrays Colonel Katherine Powell. While she may not be a modern version of  Robert Duvall‘s Col. Kilgore from Apocalypse Now (1979), in her own way, she’s just as fierce. 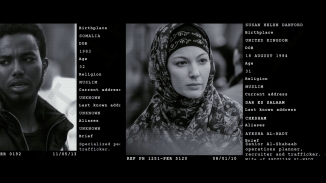 These are the targets. They are near or very close to the top of the British Most Wanted list. Powell has been tracking Ayesha Al-Hady for six years without success. Al-Hady is a British national who was once known as Susan Danforth. Powell is working at a command center in Sussex.

Meanwhile, back in London, in a mahogany paneled conference room, sit Powell’s commander – one Lieutenant General Frank Benson played by Alan Rickman in his last film role, a top Minister, Britain’s version of our own Attorney General, a female member of Parliament, a couple of aides, and a Communications person.

For lack of better terms, we shall call Powell and her staff – the Operational Command for this mission, and the London-based people – The Legal, Compliance, Ethics, and Authorizing Group. But there’s more.

Since the targeted for capture are in a building in Nairobi, Kenya – there’s a sizable contingent of armed uniformed soldiers just a few klicks away. Those soldiers, and their commander, are under the command of Col. Powell. 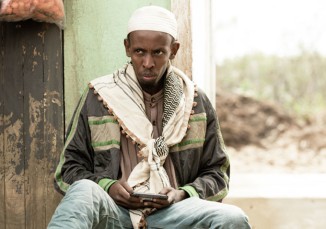 Then there’s the covert staff, on the ground, literally steps away from the building where the terrorists are meeting. These operatives control remotely small flying cameras hidden in what appear to be a small surveillance humming bird, and a flying insect which will be used to get directly inside the building. Watch for Barkhad Abdi (from Captain Phillips) as the operator of the faux airborne beetle.