Talent agencies are not the usual subject of a TV series. Now once upon a time, we had a fabulously successful series set in an ad agency. They called it Mad Men. It ran for 7 seasons and won a boatload of Awards, including statuettes from the Golden Globes and the outfit that hands out the Prime time Emmy awards.

On a smaller scale, and from a different country, I’ve just finished watching Season 2 of the French TV Series Dix Pour Cent, or as it is known on American shores – Call My Agent. For sure, Call My Agent is not Mad Men… but it relates to the former because it is much closer to being a mad house.

Season Two is basically a continuation from Season 1 which I reviewed here.  The widow of Samuel Kerr, the agency founder and majority stockholder, has informed the staff that she has no interest in running the boutique talent agency, and has decided to sell. 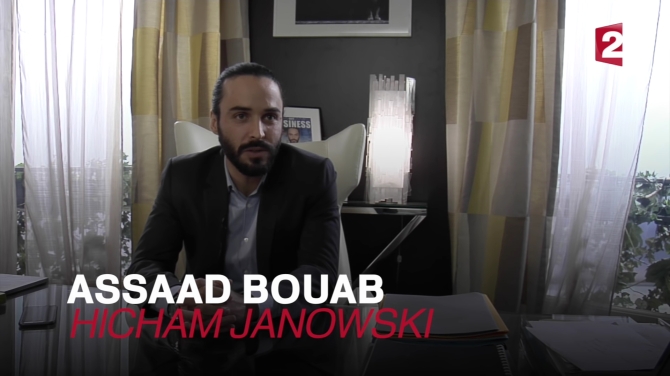 The new buyer/owner, Hicham Jankowski, is a risk for the 4 agents and the rest of the staff. The new buyer/owner might sell the agency off to a bigger firm, or he might make some changes, or worse = he’d be hands-on and he would intrude on the day to doings of one and all.

Instead – he gave each of the 4 agents (aka minority stockholders), a healthy 15,000 bonus. And that was because they negotiated firmly and never gave his original offer of 10,000 a chance.

That put a smile on all their faces. But no doubt they might have gotten even more had they been more greedy.

Martel was especially happy. She knew Jankowski from way back – before she became a Parisienne. For her, going back to her roots was a nonstarter, Her life style continues in Season 2. That would consist of picking up girls in bars, that is until she finds the one who would truly become The One. That is when she wasn’t courting clients, or dealing with film makers and film stars.

Gabriel Sarda (above) had his romance with the agency receptionist Sofia (below) go into uncharted waters as she, being an actress/singer, was also his client. People were talking, okay – whispering – that she was bartering sex for career advancement. Not true – but that didn’t stop all the whispers. 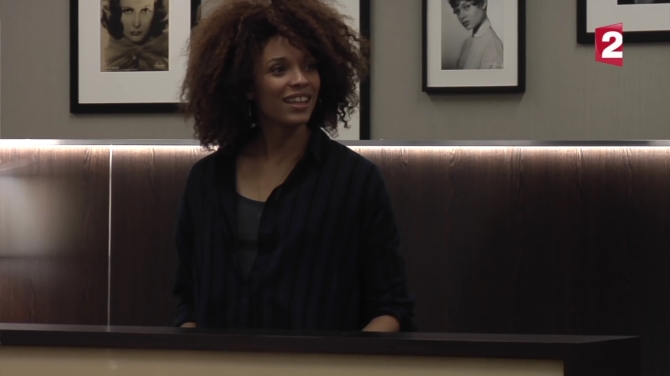 Camille, and she’s played winsomely by Fanny Sidney. No, it’s not what you are thinking.  This was something we can slip into the niche called family. Mathias also has issues with his ex-wife.

Then there’s the Old Guard in the form of  Arlette Azemar who still brings her little dog named Jean Gabin to the office every day and is Arlette whole current world – that is when she is not reminiscing about her days as wild girl when she was on the arm of American trumpeter Chet Baker in the 60’s. Ah, the memories – those WERE the days.

The rest pf the staff had their issues as well. At ASK, there’s never a dull day.

Watch for the appearances of such French film luminaries as Isabelle Adjani, Christopher Lambert, Guy Marchand, and Juliette Binoche to name just a few.

Season 2 ends in whirlwind fashion as many of the agency with their clients head for the Cannes Film Festival.

While you might not know all of the real life French cinematic icons that show up in the six episodes – there’s still a lot to see and enjoy.  I’d say that if you liked the first series, then is a must-see. Bon jour and bon soir.