Some people who love dogs may be amazed by the instincts and smarts of the dog known as The Shetland Sheep Dog. The dog looks like a small collie and at one time was even known as the Shetland Collie.

And who among us, both men and women, have not treated ourselves or been gifted a beautiful Shetland Wool Sweater?

So considering that you may already know about the dogs, and the wool, and of course the sheep – where exactly is Shetland? 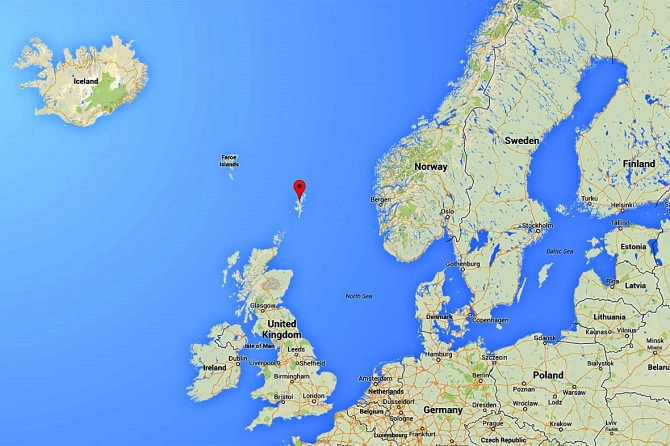 Southeast of Iceland, west from Bergen, Norway, and northeast out of Scotland are the general instructions to find the Shetland Islands on a map.

You know I like to watch TV series set in places I’ve not been to. One such series is called Shetland and you may currently watch the first three ‘seasons’ on Netflix. I’ve placed quotation marks around the word seasons for a reason.

Season One of Shetland (available for streaming on Netflix) consisted of one mystery which aired in two one hour episodes. This two parter was called Red Bones. This was in effect a ‘pilot’ and was based on the novel Red Bones written by Ann Cleves. 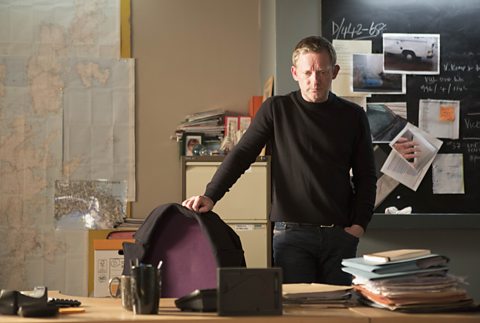 The lead of the series is Detective Inspector Jimmie Perez who is played by Douglas Henshall. Now Henshall in real life, is a Scotsman born and bred. There is a back story of how a Scottish Detective comes to have the name Perez, and it is revealed but really doesn’t command or need a lot of space in this review.

He is ably assisted by Detective Constable later to be promoted to Detective Sergeant Alison ‘Tosh’ MacIntosh. She’s played by Allison O’Donnell. 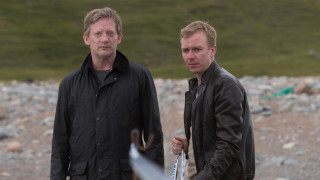 The third member of their team is Detective Constable Sandy Wilson and he’s played by Steve Robertson.

Season One’s Red Bones is about a present time murder that some how reaches back in time and connects with a previous murder some 19 years earlier. We get lots of outdoor location shooting and what seems to be most remarkable is the utter absence of trees. We have lots of green rolling hills and the sea, and an often rocky coastline, but – NO TREES. Most of the roads are narrow, and outside of town, the homes are spread far apart.

For those of you who have watched the TV series Humans, you will be happy to know that Gemma Chan from Humans is in this series. She plays an archeologist involved in a dig for relics from long ago. In case you didn’t know this, humans have lived on the Shetlands all the way back to the Mesolithic Era.

The responses were quite favorable. So much so, that Shetland’s second season was expanded to six episodes. They aired  from Mid March 2014 to Mid April of 2014. The format was similar. This time there were three two-part stories. They were called Raven Black Part 1 and Part 2, Dead Water Part 1 and Part 2, and Blue Lightning Part 1 and Part 2.

The stories involved the discovery of a teen-age girl’s body which is found dead on the beach, the death of an investigative journalist who was killed in a suspicious car accident, and a body is discovered in a bird observatory.

It is in Season Three that Shetland really expands and soars as fine, memorable television. The format changes  as this time we have six-hour long episodes which make up the single full length story. Some bigger and more famous actors were signed on for their marquee value, and because they consider the series as something they wanted to participate in. 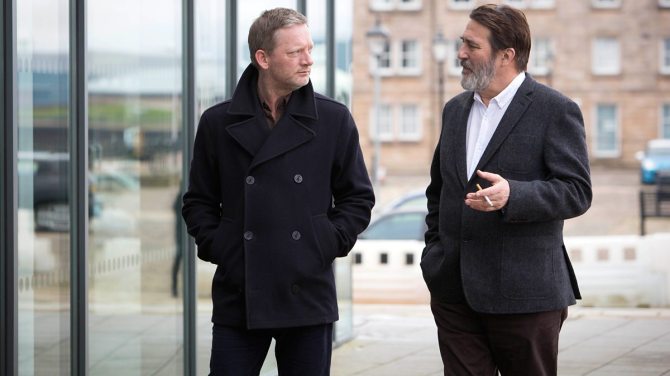 Ciaran Hinds appears early on as Michael Maguire who is suspected of murdering a fellow traveler on the ferry crossing the seas from Aberdeen, Scotland to Lerwick in the Shetlands – a 12 to 13 hour overnight crossing. Hinds has appeared in such films as Munich, Miami Vice, The Debt, and Tinker, Tailor, Soldier, Spy.

Look at the image above. Does the fellow with the beard look familiar? You should recognize James Cosmo. He appeared with Mel Gibson in Braveheart, and he was also seen in Trainspotting.

He was the guy in Braveheart who got shot in the chest by an arrow. In Shetland, Cosmos plays a mob boss named Arthur McColl.

She also played Lady Anstruther in Downtown Abbey in 2014.

And appearing in Shetland’s Season Three is none other than Archie Panjabi who most people adored when she starred as Kalinda Sharma in The Good Wife.

In Shetland, Panjabi appears as a government operative who works with criminals who are placed into a Witness Protection Program in Scotland.

In my view, Season Three was the most successful. I believe the influx of bigger named actors and actresses did not diminish the efforts of the Shetland’s main leads Henshall, Robertson, and O’Donnell. Rather the series leads rose to greater brilliance.

Panjabi in particular seemed to have dimmed her own performance. Cosmo, Chancellor, and Hinds were all uniformly excellent. 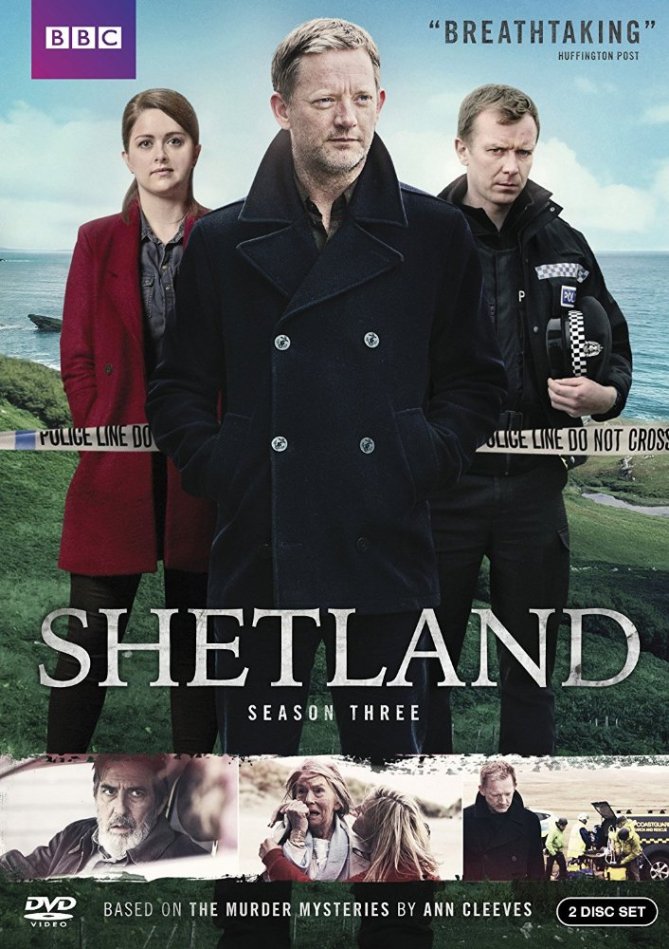 I am going to give this series an excellent rating, and call it a must see for those of you with a Netflix streaming account. The acting was terrific and Shetland, the islands, look terrific. Also, much of Season Three takes place in Glasgow, Scotland – a very picturesque city. While this series can be called a police procedural, it is much more expanded than that. You do get to see much of the police characters, in their off-duty hours, which only makes them more accessible to us. For the record, there is or will be a 4th season.

Check out this video – the trailer for Season Three of Shetland –