Picture this. A British couple and their six-year-old son are on vacation in the north of France. Their car breaks down near the fictional town of Chalons du Bois. They book a room at a local hotel, the Hotel L’ Eden. It is 2006.

With time on their hands, the car repairs will take at least 24 hours if not more, they have to make a day of it. They visit a park, have ice cream, and then a fateful decision is made. The boy wants to close out the day with a swim in the town pool. The mother stays back at the hotel, and father and son have a terrific time at the pool. They change back into their clothes and Tony, the father, thinks they might have a bite at the local pub where everyone is engrossed in the televised France vs Brazil World Cup soccer match.

The bar is loud, crowded, and raucous. Tony has Oliver’s hand in his, as he attempts to thread his way through the crowd to order the food. In the tight quarters, some how he let’s go of the boy’s hand. As quick as it takes me to write this, Tony realizes he doesn’t have Ollie any more. He makes his way through the crowded bar, but there’s no sign of Oliver.

Nor is Ollie outside in the street. Tony is in a panic. He’s lost his son.

We quickly see that he has aged, and taken a distinct downhill turn. We also quickly surmise, that he has not recovered from the loss of his son, and is obsessed with finding him.

Our lead character is Tony Hughes portrayed by actor Jack Nesbitt who has played Bofur in the Hobbit films. 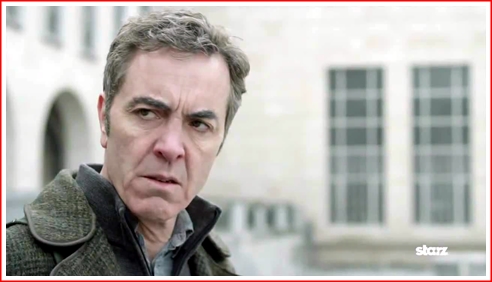 Frances O’Connor plays Emily Hughes in the 2006 period, but in the present she’s no longer with Tony Hughes. In fact, she’s with another man. 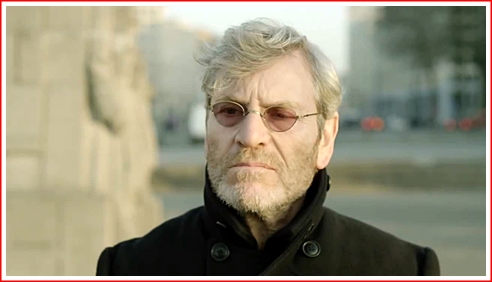 The police detective Julien Baptiste is played by Tcheky Karyo who long ago played the French General in Mel Gibson’s The Patriot. In The Missing, he’s the original detective. In the present, he comes out of retirement and get’s the case re-opened.

This is a limited series meaning only 8 episodes. The story takes place in France as well as London. And I’d be terribly remiss if I didn’t tell you that this is a gripping and emotionally involving series. Actually, it looks like it will take a serious commitment from the viewers because a story about a missing child – has heartbreak written all over it.

But even in the first episode, which you can view for free, other mysteries, or at least questions will pop up in your mind.

a) Tony says, on that day, I lost everything. This is all I have left. I won’t give up. What keeps him going?
b) What happened to the marriage of Tony and Emily?
c) Who took the boy?
d) Is he still alive?
e) What about the magazine reporter who Emily meets in London?
f) The man and child, who Emily mistook for their son Ollie, on that fateful day eight years ago – Is he the man who Emily lives with now?
g) The French Police Inspector – how did harm his leg? And is he just as obsessed with the case now as Tony still is?

There are many more questions that will occur to you and that’s just as you watch the first episode. The structure of the past and present gives you and opportunity to take in what happened then and what is going on now (8 years later).

It works extremely well as it pulls you in clue by clue, revelation by revelation.

Well, the first episode is being offered on the Starz network with or without a subscription to the service. Find it at www.starz.com – I am recommending the series, at least based on the first episode. You will have to make decision on the series yourself.

Have a look at The Missing: First Look Trailer: