The Leftovers arrived at 10:00 PM on HBO. I usually know what to do with leftovers. They were the reason microwaves were invented. But these leftovers – I haven’t a clue.

Long ago, back in 1969, the then President of the United States, Richard Nixon, gave a speech asking for the support of the great silent majority. Nixon was addressing the nation and referencing those Americans who did not join in the protests against the Vietnam War, those who did not join any counter cultural movements, and those who did not participate in public discourse. It was just Nixon asking for those people to support him – and those members of The Silent Majority were not aligned with the more vocal minority. Which is why Nixon wanted them. 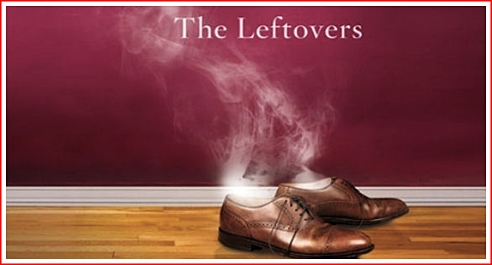 In the new HBO drama called The Leftovers, the new series created by Damon Lindelhof and Tom Perrotta, from his book of the same title, and directed by Peter Berg, we now have to deal with a literally silent minority. Following the tragedy of three years previous when 2% of the entire world’s population simply, in a single instant, vanished from the earth, some people are still trying to pick up their lives, and return to normalcy. Others simply float through life, like that boy at sea (The Life of Pi). This story doesn’t have global size. Instead we are going to deal with the aftermath in the fictional town of Mapleton, NY. In this town, 100 people vanished, and three years after the fact, many people are still troubled and without answers.

We understand that as no one knows what happened. Not the government, not the religious leaders of the world, and certainly not the Chief of Police in Mapleton. People are still struggling with it. Teenagers live on the edge, as if nothing matters any more. When violence stemming from the the emotions of the people seems to explode into action , it seems as though this is something that happens on a regular basis.

I found the show grim, depressing, and scary. The grief and anger I can understand. But what about that Congressman who was driven out to some location (he was blindfolded so he couldn’t see where he was being taken), and he forked over a big stack of currency. Now that part was scary. Because we have no idea what it was about.

Did you catch the shows director, Peter Berg, giving himself a small part as the gate-keeper?

So after the first 75 minutes we all have questions and no answers.

What do we know and not know? 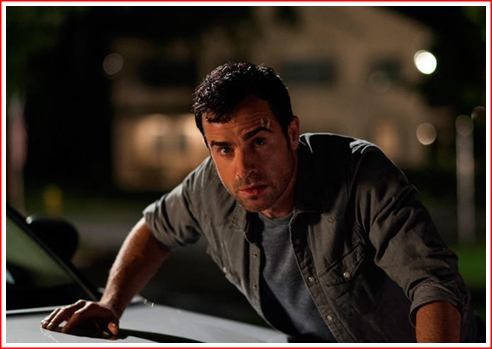 1) The Chief of Police has anger issues – and his wife and kids did survive.
2) So does his daughter.
3) His wife Laurie is played by Amy Brenneman and she doesn’t speak. She’s gone over to the dark side. Or rather the white side. She’s a part of the Silent Minority, who all wear white, and smoke continuously.

4) And what are they about? Are they a cult? They have a name, Guilty Remnant. But what does that mean?
5) The dogs who lost their masters all have apparently have snapped – no doubt because of the sudden abandonment. They’ve become members of a pack, and have the pack mentality. Like wolves.They kill to eat.
6) After three years these dogs are still unable to connect with people. And some people fear these dogs so much, that they shoot the dogs on sight.

There are scores of questions, and I think that this show is worth exploring, at least for another episode or two.

Of the vocal members of IMDB – some are enthralled and intrigued. Some loved it and some hated it. Others call the show the worst hour of TV they’ve seen in years. 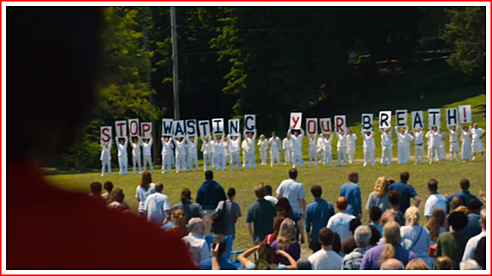 Which of the characters should we follow, and care about? Am I wrong to say no one seems to be themselves, so why should we care about them?

And from the LA Times, Mary McNamara wrote – Tonally ambitious and tantalizingly opaque, “The Leftovers” takes the universal trauma of loss and launches it globally. What is it we mourn, exactly, and where will that mourning lead us?