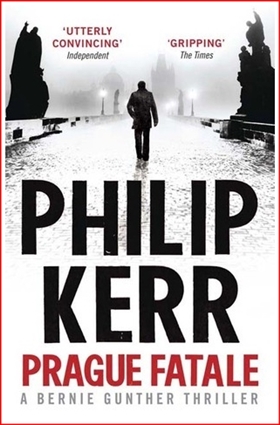 Are you a fan of ‘locked-room murder mysteries’?

You know the kind. Some one had been expected and was a no-show. Phone calls go unanswered, and these days – ditto for texts and emails. After a forced entry into a house/condo/apartment/room, a body is discovered. In a room that has been locked from the inside. Windows, if there are any, are locked, all the air conditioning vents sealed, and the floor boards secure.

At this moment. we now have a ‘who done it’ paired with a ‘how did they get in or out’?

Fictional detectives have dealt with scenarios like this for years, and quite often. However in real life, we don’t see this kind of event very often.Today’s detectives have it far easier by rarely, if ever, having locked-room-mysteries appearing on their dance cards.

Supposedly (actual sales charts are not readily available) the first of these kind of stories, to have made a substantial impact as far as book sales go, was Edgar Allen Poe’s The Murders in the Rue Morgue (1841). Closer to our present times, but still a bit further back in years, are writers who have successfully mined this sub-genre of detective fiction that are the most notable are John Dickson Carr and Agatha Christie.

However neither are currently alive, each died almost 40 years ago, so we shall have no more new works from them. Now, meaning currently, mystery writer Philip Kerr has taken on the challenge of this kind of story.

The book is entitled Prague Fatale and before I tell you about the book, have another look at the cover.

Then have a look at these other book covers. Same author and a similar cover. What does that tell us? Right. Philip Kerr has done a series of books with one Bernie Gunther as the main character. How many? The number is 10. From March Violets first published in 1989, to the most recent called A Man Without Breath, published in 2013.

Okay, that there’s a series of novels about one fictional detective, or Private Investigator, is not newsworthy. What makes this series and Bernie Gunther so unique and different is the milieu in which he works.

Bernie Gunther was a homicide detective who was then called into military service. Which really didn’t work out for him, so before the war ended, he was back as a police detective. Okay – even that’s not so startling.

The thing of it is, Bernie worked in Berlin, Germany, in the 1930’s and 1940’s. Yes, that would be during the Nazi era. So in Prague Fatale, Bernie is asked to go down to Prague and work directly for Reinhard Heydrich.

Yes, the very same Heydrich who was near the very top of the Nazi hierarchy. The Leader was of course Hitler, then there was Goering and Himmler, and then came Heydrich.

Heydrich believed that his own life was in peril, and he also believed that threat came directly from a group of high-ranking Nazi Generals, and other military men in his command. While there, in a castle, in Prague, while Gunther is there – another murder occurs – and the victim was one of Heydrich’s adjutants… who was found dead in the locked room.

There’s your set up. Gunther has to solved the case, as well as serve as Heydrich’s unofficial body-guard. Can you buy into following a detective solving a murder mystery when the suspects are SS Officers and are at the very top of the Third Reich?

Yes, it seems that this lead character is working in the midst of some very bad people. And the thing of it is – that these suspects were in fact real people. But this is not a non-fiction book. This is pure detective fiction.

So I ask you – can you accept a Bernie Gunther as a fictional detective working in that milieu as a character you want to read about.

Let me tell you, Bernie is as tough as they come. And he’s also brilliant. That’s besides being ballsy. When he was given the authority by Heydrich to question any of the dozen or so generals floating around the castle, in any way he deemed necessary, and for as long as he deemed necessary – that put Bernie a position of power, yet he was dealing with men with vast powers.

To give you an idea of what is must have been like for Gunther in that nest of vipers, think of Where Eagles Dare. Just like Richard Burton,  as a British Major Smith, but here posing as a Nazi, was positioned in a room filled with top Nazi generals,  Burton’s character Major Smith defiantly faced them down: If I’m not who I say I am, then why am I here? 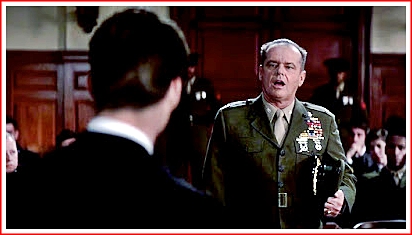 I’m not through with my examination. Sit down.

As far as authority, Gunther had to be as tough and smooth. Just like Tom Cruise (as Lt. Kaffee in A Few Good Men) when he had to confront Jack Nicholson’s Col. Jessup after Jessup had stood up and tried to leave the court room.

Gunther did not say those exact words. But you get the idea.

Personally, I found myself feeling a bit uncomfortable initially. Sitting down to dinner, or sharing after dinner cigars and brandy and making small talk with men who were all members of Hitler’s High Command is a daunting thought.

But it is not all work and no play.  Gunther does spend time with a beautiful woman as well whom he meets in Berlin and then he takes her with him to Prague. She being the titular Prague Fatale. Her name is Arianne Tauber.

Rather, this is an author who has crafted a finely tuned mystery. He’s melded a locked room murder mystery with a political thriller, and as the book jacket tells us – he ‘s populated his novel with spies, terrorist, torturers, and traitors. You won’t want to change places with Bernie Gunther, but that doesn’t mean you won’t like him a lot. I’ve read just this one Gunther novel, but I will definitely read more of them.