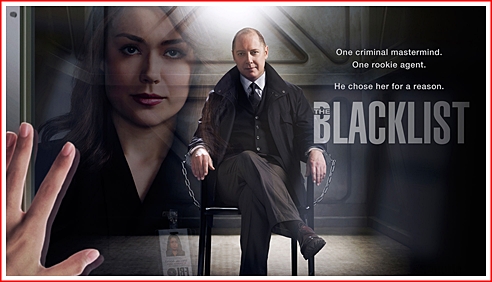 Lately I’ve been somewhat dissatisfied by the new and different direction of  The Blacklist. When the show premiered, I think we all saw James Spader’s Raymond ‘Red’ Reddington as an arch-criminal with a decently sized good streak within him.

We liked him immediately because he was smart, clever, and he had a sense of humor. Besides that he was always steps ahead of the FBI. It’s not that we were rooting against the FBI, but wasn’t it pleasant that Red was right far more often than they were. We also liked him because he cared deeply about the new FBI field agent, Elizabeth Keen (Megan Boone).

Then there was the over-arching mystery of why Red Reddington turned himself in, and why he was willing to work with only Elizabeth Keen. Of course, Keen’s boss – Harold Cooper, played by Harry Lennix – had doubts about Reddington. The ‘doubting boss’ is a standard character in police/cop/spy stories , so it seems natural to dislike him. Keen’s agent partner, Donald Ressler, didn’t seem too ‘keen’ about Lizzie either. So with those lines of division clearly visible, it was easy to root for Keen and Red.

Red was to help the FBI capture some of serious criminals. Often these criminals were truly bad guys, or said another way – so good at what they did – that the FBI wasn’t always aware of them, hence the Blacklist was Red’s list rather than a list of the most wanted.

The list of criminals that they would seek to capture, kill, or bring down, begins with terrorists, sex-traffickers, a Chinese killer who targets CIA agents, an assassin called the stewmaker who not only kills but makes the bodies disappear, a corporate terrorist, a bomb-maker, and a few others. All deadly in their own way. All capable of doing society great harm. The 2nd episode involving Anslo Garrick, a bad guy for hire who abducted Red, aired on December 2nd, and was the last episode until the show resumed on January 13th, 2014.

Now in 2014, Red is much more violent. He kills often and with alarming regularity. Red is after those responsible for his abduction. He’s also intent in finding the mole within the FBI who, no doubt, had a role in Red’s abduction. 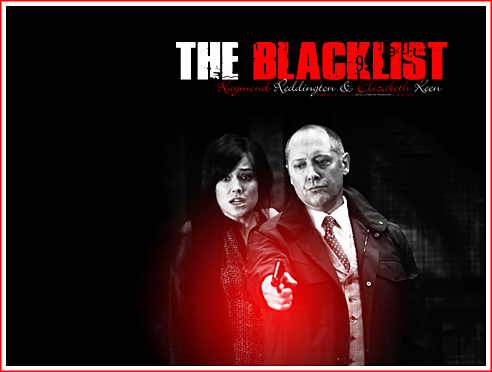 Meanwhile, the The Blacklist villains of the week have become less interesting because they gone from threats to peace and well-being, to just being very, very creepy. The Good Samaritan was a guy who repaid child-abusers in kind. The Alchemist was a creepy scientist so skilled in the arts of genetic manipulation that he was hired to make it appear that certain people had died, when in fact, the dead people were genetic doubles created through science.

The most recent episode was called The Cyprus Agency, and it aired this past Monday. On its surface, this agency was where couples seeking to adopt children could request a specified race and ethnicity, along with certain genetic and hereditary traits.

While the prospective parents may have viewed the Cyprus Agency as a kind of baby boutique, the reality was far more sinister and gross especially when you factor in that the mothers of these babies were stolen from their own lives, the pregnancies were conceived via insemination after these women were put into chemically induced comas, and all of that compounded by the fact that these babies were all fathered by one man.

Unfortunately, neither the one man baby making machine, nor the conception via insemination while in a comatose state, are new ideas. On Law & Order, in the Episode called Seed, which originally aired on February 15, 1995 – the head of a fertility clinic used his own sperm again and again. On Law & Order SVU, in the episode called Waste, which aired on November 15th, 2002. comatose females were impregnated.

As far as a single sperm donor being the father multiple times – we can look no further back than April 20th, 2012 when the Bollywood film called Vicky Donor hit the screens. This was copied by Hollywood with the very recent Vince Vaughn vehicle called The Delivery Man which opened just a few months ago on November 22, 2013.

Okay, the recycling of ideas used previously in either TV or the movies is not a terrible thing. But it is worth mentioning, that the writers of The Blacklist went in that direction.

Naturally it all links back to Red Reddington who handed the Cyprus Agency case off to Lizzie Keen just as she was nearing heading into an adoption herself. This makes me think that Reddington wants to totally engineer what happens to Lizzie Keen. Speaking of which, no one should have been surprised when Keen told Tom that she could not go through with the adoption.

Nor were we surprised, when Tom, immediately reached out to that new woman in his life.

One last fact about why the Blacklist is slipping. Wasn’t the whole business about the mole in the FBI just introduced In The Good Samaritan episode which aired just a few weeks ago. And now it is all wrapped up and over? My question is what was the point?

I think 23 episodes is too long of a season for this type of show. The unique villains are becoming less interesting and more creepy. I also believe that escalating the hands-on violence by Reddington has made him less likable. Finally, can the show sustain viewers interest with the Lizzie and Tom situation for another 10 weeks. I think this is the show’s weakest story line.

What do you think? Is The Blacklist slipping? Got a story line you’d jettison?

Is a 22/23 episode season too long for a show of this type. Homeland has done 3 seasons of 12 weeks each, and The Newsroom did just fine with two 10 week seasons. Any thoughts on that?

And lastly, do you prefer the hands-on Reddington of the last three episodes, or the more cerebral Reddington that was the one we saw in the first 10 episodes?

5 thoughts on “The Blacklist: Are You Happy with Show’s Direction?”